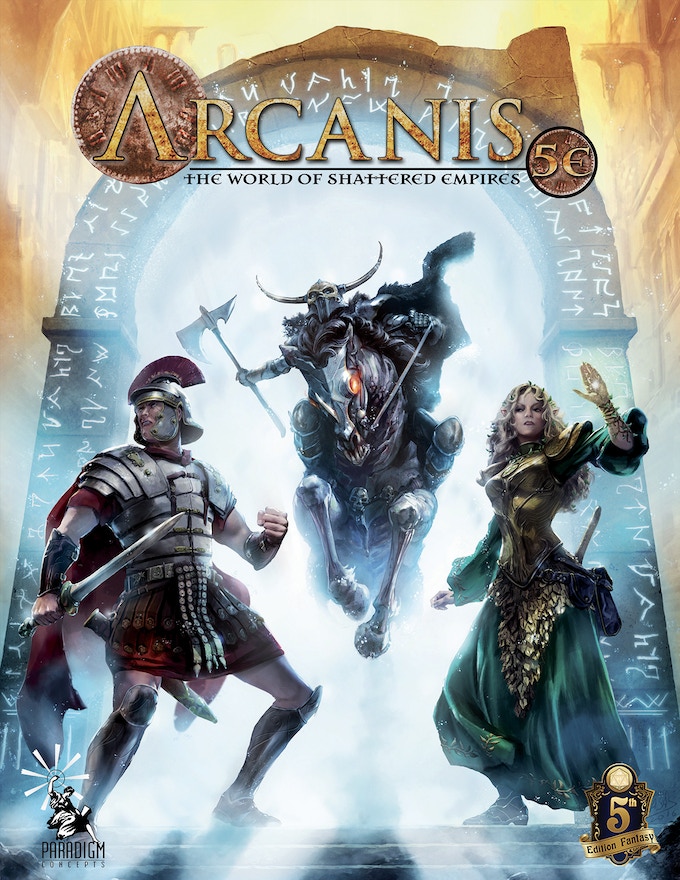 As the val’Tensen of Almeric struggle to crown a rightful king, a mysterious pattern of betrayal and slaughter plays out within the ranks of the young nation’s warriors.  Knights and soldiers, once brothers in arms, turn on their fellows in a seemingly senseless fashion.  Will the Heroes uncover the truth in time, or will they too fall into dissention and betrayal?

Welcome to Living Arcanis, a Dungeons & Dragons 5th edition Living Campaign set in the world of the Shattered Empires.  Living Arcanis is an epic fantasy campaign with grim overtones, designed for role-players that enjoy intrigue and a bit of moral ambiguity in their adventurers.  Arcanis shines in creating an immersive environment where your characters are faced with hard-choices and their actions have consequences.  From the Coryani Empire and many of its breakaway provinces, to the dwarven enclaves and the Bright Nations of the Elorii, the Blessed Lands, prepare for exotic mysteries and epic adventure.  Prepare to leave your mark upon the Shattered Empires!

« Back to the Schedule